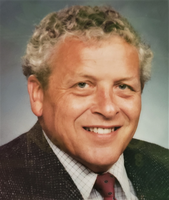 Timothy G. Welch Rochester: Passed away on Friday, May 15, 2020 at the age of 80. Survived by his wife of 53 years, Jean; son Chris (Maureen) Welch; daughters Lily Welch, Elena (Kevin) Mulcahy; grandchildren Ana, James, Sean, Kate, Nicholas, Ben & Matthew; brother John (Christine) Welch and several nieces and nephews. Pre-deceased by brother James Welch and sister-in-law Dorothy Welch. He was a U.S. Army veteran, and RIT alumnus. After graduating from RIT he worked in Washington DC, then returned to Rochester for a career in film and media production at Eastman Kodak Co. After retiring from Kodak, he traveled the world sharing his film and media expertise in International Press Centers at numerous Olympic Games and many other premier sporting events. He especially enjoyed spending time with his close friends and family. At an appropriate time in the future, a service and celebration of life will be held in his honor. Donations in his name may be directed to St. Joseph's House of Hospitality, P.O. Box 31049, Rochester, NY 14603.