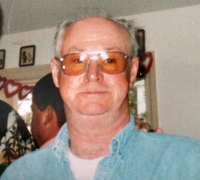 David was a Pressman at the Saratogian for 28 years, he was raised to work hard and play harder. There wasn't anything David couldn't fix or build. He even fulfilled his and Barb's dream of building a log cabin as their home. His love of the seasons and nature took David and his beloved wife on excursions all over the east coast and Hawaii. As a result, that love of the outdoors lives on in his children. He enjoyed hunting, fishing, camping, cooking, gardening, tinkering in his garage and relaxing with his devoted cat Jackie. He will be remembered as a loving husband and father who was always there for his family and friends.

Services and interment were held in private. Memorials may be directed to Adirondack Save A Stray, PO Box 185 Corinth, NY 12822.