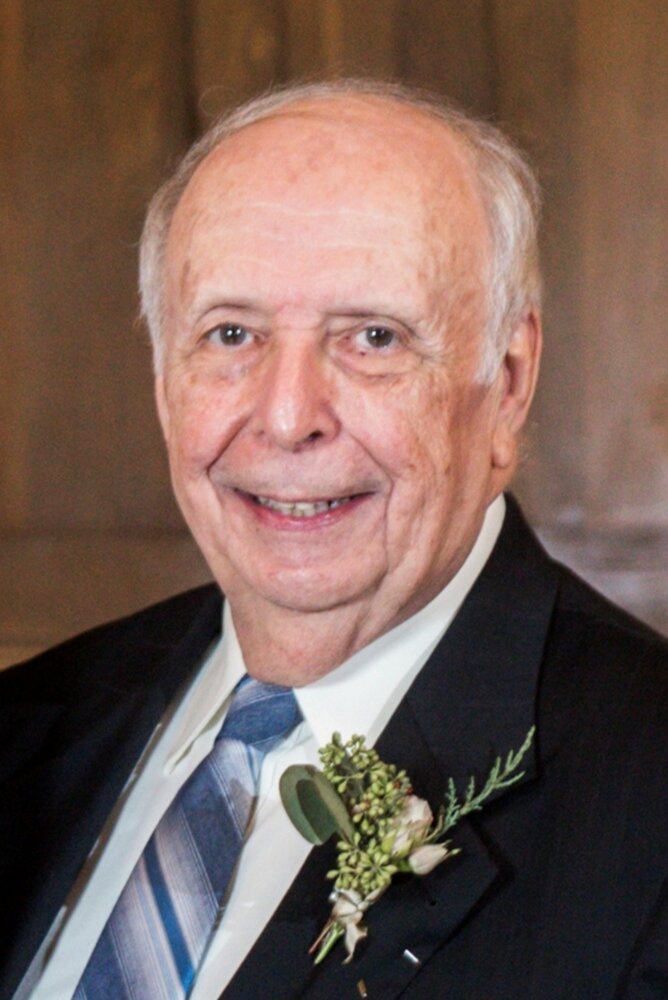 Please share a memory of James to include in a keepsake book for family and friends.
View Tribute Book

Cal graduated from University of Illinois as a Chemical Engineer and received his PhD from University of Minnesota. He served his country as an officer in the US Navy. He was retired from Eastman Kodak where he supervised research labs and worked on several patents with his colleagues. Cal was an avid reader and a lifelong learner. He found enjoyment in working on renovation projects around the home, and was a master of many trades. Cal and his wife, Sue, loved to travel. In his lifetime, Cal visited over 100 countries which allowed him to experience his love of history first-hand.

Friends are invited to join the family on Sunday, September 11, 2022 from 4 to 7pm at the funeral home (570 Kings Highway So). Cal’s funeral service will be held at the funeral home on Monday, September 12, 2022 at 10AM. Interment will follow at Webster Union Cemetery. In lieu of flowers, donations may be directed to the American Heart Association or Department of Chemical Engineering and Materials Science at University of Minnesota in Cal’s memory. To share a memory or send the family a condolence, please visit www.harrisfuneralhome.com