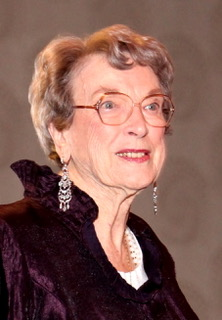 Marie was born and raised in Worcester, MA, received her RN from Worcester City Hospital. Marie met her husband Edward while he was stationed in New England in the Coast Guard during WWII. They married in 1947 and returned to Rochester where she worked at Rochester General Hospital and raised her family. Marie was active with seven children and involved with boy scouts, girl scouts, church, and school groups. She encouraged her family to be the best people they could be and to treat everyone with respect and dignity.

In lieu of flowers please consider a donation to Gilda’s Club Rochester, 255 Alexander St., Rochester, NY 14607 or Paralyzed Veterans of America, 801 Eighteenth St. NW, Washington, DC 20006-3517, or to the charity of your choice.

Due to COVID, memorial will be held summer 2021.