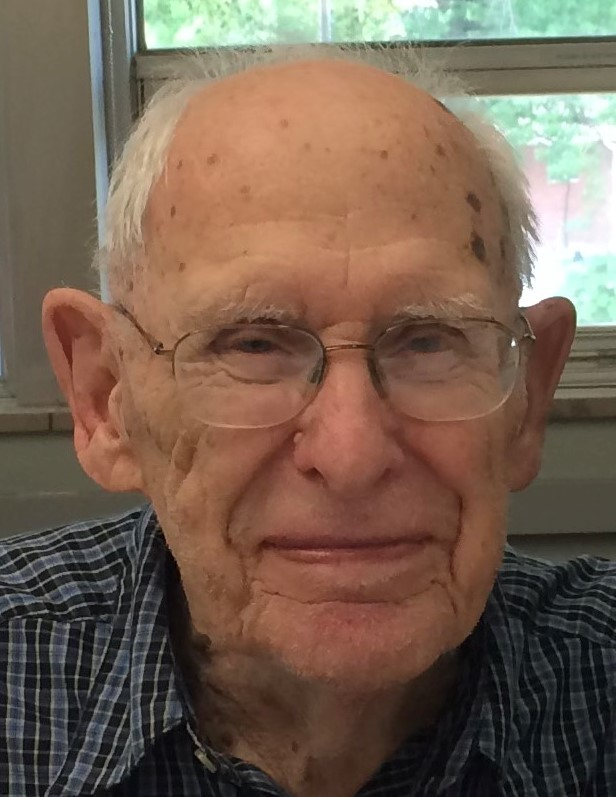 Born in Rochester N.Y. to Henry and Therese (Habitzki) Keidel October 4,1924, Al graduated from Edison Tech in 1942 and was drafted into the United States Army's 358th Infantry to serve in France, Germany and England. Upon finishing his military service Al returned to Rochester where he married Kathleen (Kay) Quinn who predeceased him in 1999 after 46 years of marriage.

Al was employed by the Rochester Telephone Corporation for 40 years. After his retirement he volunteered installing Health Call units in homes of the elderly as well as delivering Meals on Wheels. Al was a member of the Knights of St. John for over 60 years.

Never one to be still for long, at the age of 87, Al could be seen hiking trails and riding his bike throughout the area, especially to his favorite destination - Jackson's Bakery.

Al was a gentleman with a warm smile and always an optimist. While residing at St. Ann's Home Al was well known for his comedic personality, positive disposition and ever present desire to dance. Those of us closest to Al will miss his kindness, welcoming nature and thoughtful ways towards all.

Friends are invited to join the family on Saturday, May 7, 2022 at 10Am at St. Ambrose Church, (25 Empire Blvd, Rochester, NY 14609) for Al's funeral mass. Interment will take place at Holy Sepulchre Cemetery at the convenience of the family with full military honors. In Lieu of flowers, donations may be directed to the Alheimers Assoc. in Al's memory.