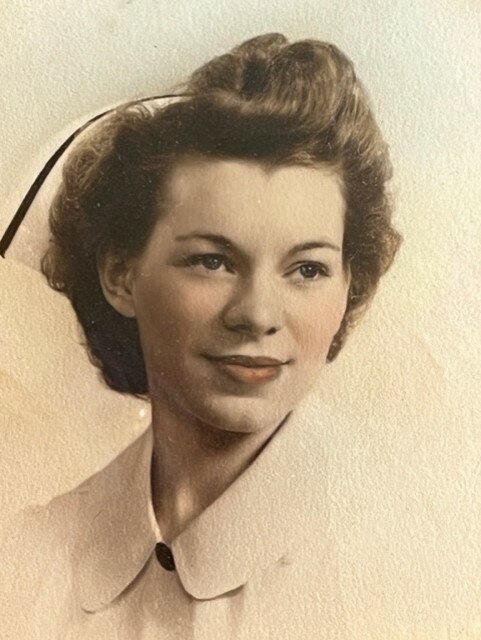 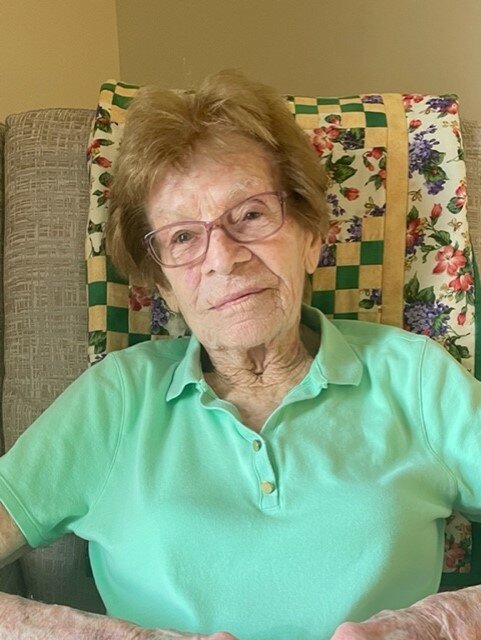 Please share a memory of Jean to include in a keepsake book for family and friends.
View Tribute Book

Jean peacefully passed on to eternal life in the presence of her family on Wednesday, May 4, 2022 at the age of 96. She was pre-deceased by her husband, Fredrick W. Lapple on July 3, 2017 and is survived by children, Fredrick J. (Marie) Lapple, Thomas (Sue) Lapple, Marie (Dan) Davidson, and William (Angela) Lapple. Jean is also survived by her sister-in-law Lily O’Halloran of Charlotte, North Carolina.

Jean was a loving wife to her husband Fred.  They would have been married for 74 years this October 16.

There are dozens of nieces and nephews who had a great time with Aunt Jean at all the family events.

In 1945, Jean attended the two-year Registered Nursing Program at Saint Mary’s Hospital.  And after a brief stint in the local Military Nurse Corp. during WWII, she went on to a career at Rochester General Hospital for many years.  In the early 70’s she moved into private duty nursing and did not officially retire until 1998 when she and Fred moved to Florida.

As a nurse for over 50 years, Jean’s life-long mission was to help all with whom she came in contact.  Even in her last days she was assisting her fellow residents at the memory care facility where she lived. Jean and her husband, Fred, had many great loves…first and foremost family, along with politics, Saint Salome’s Parish and Bishop Kearney High School to name a few. As all four of the Lapple children attended BK, Jean and Fred volunteered in and started many parent organizations, namely the Centaury Club, Bingo, and the Kearney Karnival.  Jean was also an avid gardener…wherever she went she made the flowers look brighter, and the people feel better.

The Lapple Family would like to generously thank the kind and loving caregivers at Heather Heights Memory Care where Jean resided in comfort and dignity for the last nine months. Their aptitude and their spirit of care for those with memory issues was world class; and a deep thank you is extended to the Hospice Team at Strong Memorial Hospital who were also kind and caring in Jean’s last hours.

At Jean’s request, calling hours are not scheduled and services will be private. A contribution can be made in Jean’s memory to Bishop Kearney High School, 125 Kings Highway, Rochester NY 14617.