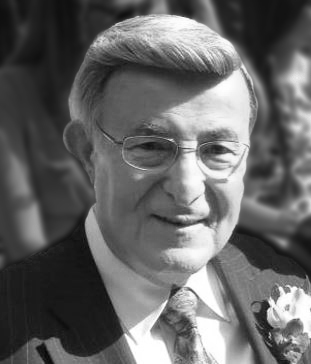 Please share a memory of Ronald to include in a keepsake book for family and friends.
View Tribute Book

Irondequoit: With profound sadness we announce the passing of Ronald P. Rossi, on July 5, 2022, at age 84. He was a strong, hardworking, loyal husband, father, "Rompa", and friend to all whose lives he touched.

Great grandfather of Eitan and Nava Fenton, and Wesley Jarosz. Beloved brother of Peggy (Ronald) Muto and cherished by many cousins.

Ronald Paul Rossi was born in Rochester, NY on May 19, 1938, to Frank and Margaret Rossi.

He attended Alfred State College where he met and shortly thereafter married his wife of 63 years. He worked for over 20 years in the IT department at Xerox. After leaving Xerox he started and grew a job placement agency called Professional Careers and TempForce. Very skilled at reading people, he placed countless professionals, specializing in IT and clinical.

After retiring he and his wife traveled the country via group bus trips. Ron was always in the front seat of the bus, well prepared with his research so that he could assist the bus driver with navigation. As a couple, they were avid supporters of the theater and maintained memberships with Geva and the Rochester Theater League for over 15 years.

Ron was best known for his ability to talk to anyone about anything. With a twinkle in his eye, an infectious chuckle, and a sharp sense of humor, people were drawn to him and remembered him well. He enjoyed fishing, hunting, playing guitar, grilling, cold beer, and knew where all the best foods were in the city.