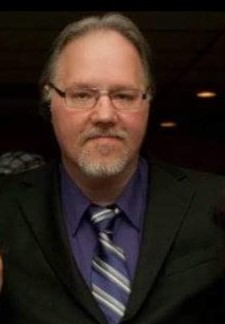 Obituary of Christopher A. Gullo

Please share a memory of Christopher to include in a keepsake book for family and friends.
View Tribute Book

Chris worked for many years as a truck driver. He loved joy riding around the city with his dogs or taking long road trips with family. He was an avid shopper always looking for good deals. Playing pool at local billiards was always a favorite past-time of his since an early age. Spending time with Chris usually involved playing card games like euchre and skip-bo. He enjoyed family game nights of monopoly that went on for hours and usually resulted in him winning. Many who knew him, knew he was quite the collector. His collection of Star Trek memorabilia was his most beloved. Chris had been a fan of the TV series since childhood. He would re-watch the series as much as possible and was excited to meet William Shatner himself. Another major collection he had was his tools. He frequented the department store Sears to the point that the employees knew him by name. He was the go-to guy for fixing anything. He was very knowledgeable when it came to math and science, but he also had a very creative side and was able to draw and build things that he designed. Most of all he will be greatly missed as a devoted father, beloved friend, grandpa, brother, and uncle.