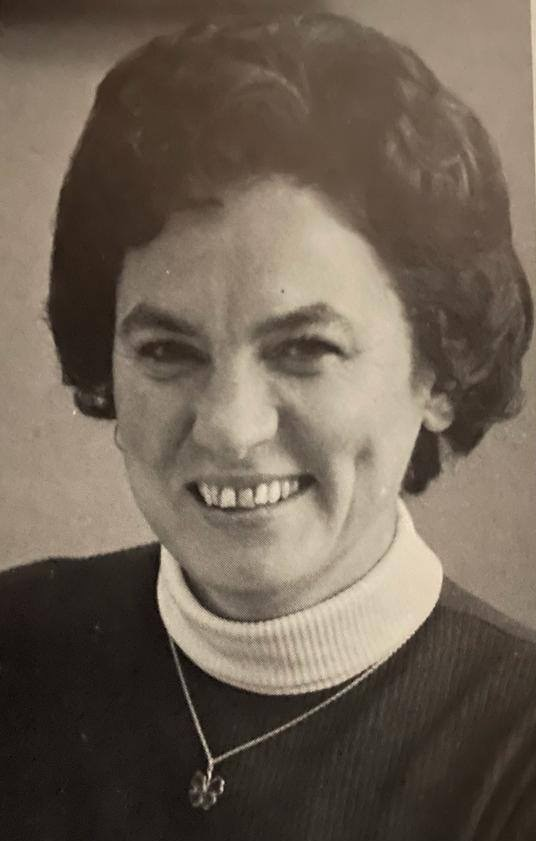 Marjorie "Margie" Elizabeth (Murphy) Sullivan, 94, died peacefully on Sunday, January 22, 2023. Margie was the loving daughter of the late Anna (Meagher) and Thomas Murphy. She was preceded in death, in 2008, by her loving husband, John P. Sullivan. They were happily married for 57 years and raised their seven children in West Irondequoit, where she was a long-time St. Thomas the Apostle parishioner. She was the devoted sister and sister-in-law of the late: Helen and John Knapp; Donald and Mary Murphy; John and Mary Murphy, and Leo Murphy. She is survived by her loving children: Brian Sullivan, of Rochester; Brigid O'Hara and her husband Carl, of Needham, MA; Barry Sullivan and his wife Dorothy, of West Irondequoit; Molly Bindon and her husband Jim, of Raleigh, NC; John Sullivan and his wife Eileen of West Roxbury, MA; Daniel Sullivan of Great Falls, VA; and Colleen Wangler and her husband Michael, of Honeoye Falls; her fourteen grandchildren and eight great-grandchildren. She is also survived by many nieces and nephews.

Margie was a graduate of Our Lady Of Mercy High School, Class of 1946. While there, she was an active member of the glee club, where all were able to appreciate her beautiful voice. She enjoyed her class reunions and was instrumental in planning them. She worked for Eastman Kodak Company before raising her family in West Irondequoit. She later worked in administration at Bishop Kearney High School for eighteen years, from which all seven of her children graduated. She proudly served as president of the BK Mothers Club. Along with her husband John, Margie was inducted into the Bishop Kearney Hall of Fame in 2003 for all their dedicated work over many years, including their participation in theatrical productions and fundraisers. Margie was selfless, kind and delightful. She was devoted to her husband, children, grandchildren, and siblings. She enjoyed cooking and entertaining at her home and has provided us all with countless treasured memories.

Calling hours will be on Friday, February 3, from 4 P.M. to 6 P.M. at the Harris Funeral Home (570 Kings Highway South, 14617). A Mass of Christian Burial will be held on Saturday, February 4, at 11:30 A.M. at the Parkes Family Chapel at St. Ann's Community (1500 Portland Avenue). Interment will be at Holy Sepulchre Cemetery. Memorials may be directed in Margie's name to: The St. Ann's Foundation, 1500 Portland Avenue, Rochester, NY 14621. The family wishes to extend their heartfelt appreciation for the loving care Margie received over the last four years at the Wegman Care Center of the St. Ann's Community