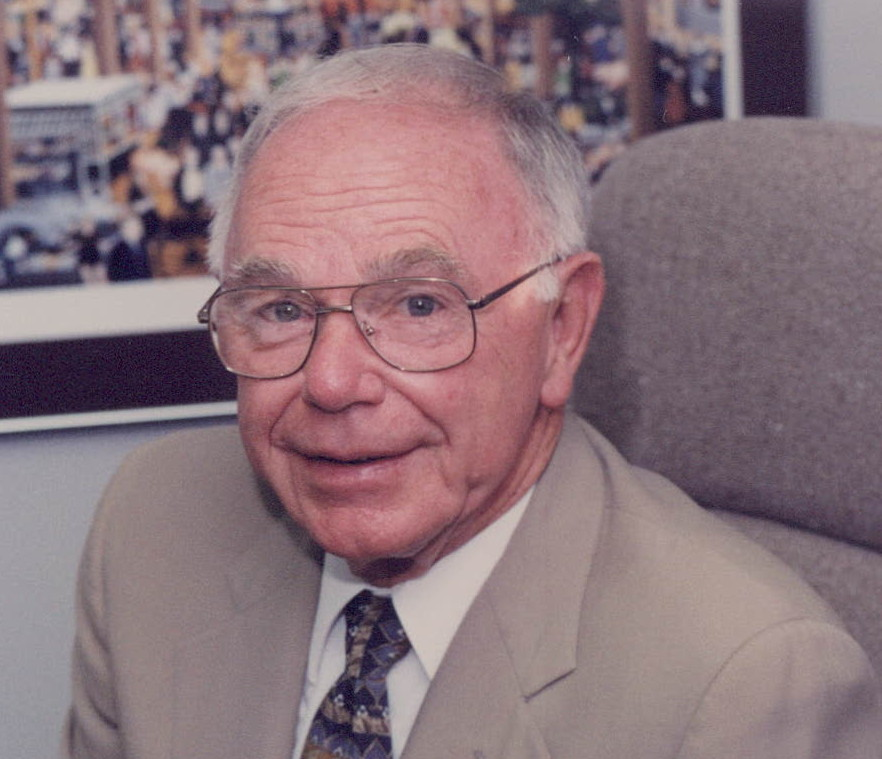 Obituary of Samuel A. Cooper

Samuel Alexander Cooper Jr. born August 5th 1922 was born, raised and spent the majority of his life in Brighton NY. He attended Brighton High School and enlisted in the Navy soon after graduation. Though through troubled times his military career sparked two of his many loves; his country and aviation. He courageously logged over one thousand flight hours through a collection of reconnaissance, patrol and bomb runs as a Navy Pilot. Sam served his country with such pride and to this day his eyes lit up each time he spoke of his honorable military career retiring as a Lieutenant Commander and years later received the high honor of receiving the Lifetime achievement award from the department of defense.

During his time in the military he met his lifelong partner in Betty Jane who he famously sent his co-pilot to retrieve for their "shot-gun" wedding before their bomb run. What was a hurried commitment turned into a long lasting and loving marriage of 72 years before Betty Jane passed little less than a year ago.

Over his illustrious career Sam served the Rochester community with passion and dedication for over 50 years. In 1962 he was named the Parks information officer for Monroe county and then the Parks Deputy Director in 1971. After 10 years Sam moved on to where he would make so many lasting memories and relationships when he took the position as Airport Director for the Rochester International Airport. His drive and commitment helped put the ROC on the map; Sam built the airport into what it is today and along the way created so many ways to give back to the community he helped create. Some of his most notable achievements include the Rochester international air show, fearful flyers, fantasy flight and his most beloved program; Honor Flight in which he was able to bring some of the men and women he served with so many years ago to the WWII memorial. Sam retired from the director position in 1989 and served as the Public Relations director until he hung up his wings for the last time in 2017 officially retiring.

Sam was an outdoor enthusiast enjoying summer fishing trips to Alex Bay in the Thousand islands with his sons Trip and Scott. He was a handy man, a carpenter and a hobbyist and was always the first to help anyone in need. He loved spending time with the people he cared for; going antique shopping with his wife, taking long drives with his friends and watching his family grow attending countless games, recitals, school functions, graduations and so much more.

Sam had an energy about him that brightened so many lives; whether it was spending time with his sons, daughter-in-law's, grandchildren, nieces and nephews or simply walking through the halls of the airport the man always had such an infectious smile on his face. His legacy will be his time at the Airport and his service to his country but those who knew him and interacted with him will always remember how Sam made them feel; appreciated. Sam was selfless in every way, his mission was to give everyone around him a better life and he succeeded on so many levels. Please join us in celebrating Sam as we hope he has created lasting memories within all of you. He will always be remembered, missed dearly and sincerely loved.

His family will receive friends at the funeral home (570 Kings Highway So.) Thursday, June 13th, 3:00 - 7:00pm. Friends are invited to join the family Friday, June 14th, 9:00 am at All Seasons Chapel of White Haven Memorial Park for his memorial service. Interment to follow there. Memorials may be directed to Lifetime Care Hospice, 3111 Winton Road S., Rochester, NY 14623 or to Honor Flight of Rochester, PO Box 23581, Rochester, NY 14692.

To send flowers to the family or plant a tree in memory of Samuel Cooper, please visit Tribute Store
Thursday
13
June