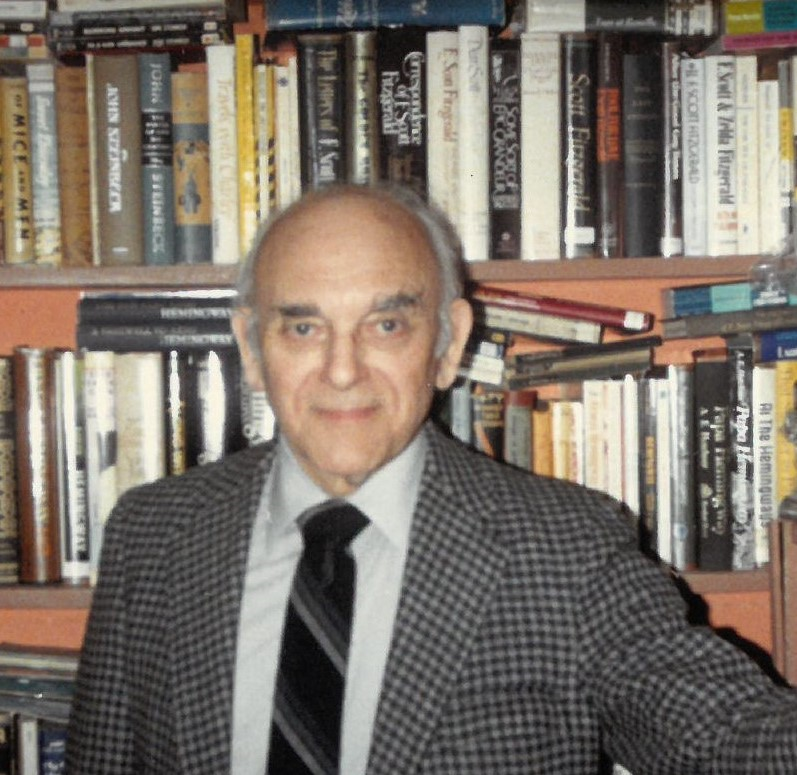 Please share a memory of Herbert to include in a keepsake book for family and friends.
View Tribute Book

Bert graced us with his presence for more than 102 years.  A proud first-generation American, fourth child of parents, who like so many, remarkably escaped religious and economic oppression at the turn of the century, Bert will be remembered as a kind, considerate, gentle, gentle-man.  Reading and learning were a way of life for Bert from early childhood.  He recalled obtaining his first library card while in second grade with pride.  Always an excellent student, Bert was elected Senior Class President at Weaver High School in 1938 and continued to undergraduate study at Teachers College Connecticut (now Central Connecticut State University) in New Britain.  Three years later he was called to service with the United States Army during the Second World War. At one posting he worked with illiterate recruits on reading skills.  Upon returning to Connecticut, he completed the Bachelor’s program in teaching with the class of 1947.  Bert’s interest in graphic arts brought him to Rochester that fall to attend RIT’s School of Printing.  After receiving his certificate, he was employed by the Leo Hart Printing Co. from 1950 to 1959, when an outside purchase of the company led to “restructuring” of staff.  With teaching degree in hand, he applied to the Rochester City School District where he taught sixth grade students for twenty-two years. He completed the Master of Science in Education degree at SUNY Brockport in 1964 through part-time and summer study.  As his retirement in 1981 coincided with the closing of the school he joked, “they just couldn’t go on without me”.

Bert met Pat Taylor in 1957 as she led a meeting of the Aquatic Club at the YWCA.  Not a swimmer of any sort, he was brought by a date who was quickly outshined by Pat’s bright light.  They married in 1958 and welcomed Lauren Joan in 1959.  Bert’s devotion to family was unwavering.  In a household with two working parents, his contributions to keeping things afloat were substantial as they established a division of labor unique to its time.  In retirement his continued support allowed Pat and Lauren to pursue their academic careers and their love of the little lake cottage.  Later he was a devoted primary caregiver to Pat in the first years of her struggle with Alzheimer’s disease.

Bert and family enjoyed yearly visits with his siblings in Hartford and New Haven.  He also maintained lifelong bonds with a group of childhood friends, gathering annually to celebrate their shared history and longevity.  He assisted with planning of Weaver High reunions and remained close to these “brothers” and their families across miles and decades. Among Bert’s many talents (teacher, graphic artist, actor, sartorialist), bringing people together was one of his best. In addition to coordinating events in Hartford, for many years he organized reunions of #38 School faculty and staff that were enjoyed by all.  He was committed to keeping these connections, even corresponding with former students until very recently.

Bert and Pat’s shared love of the arts encompassed music, theater, literature, cinema, and painting (particularly Edward Hopper) to name only a few.  They enjoyed years of performances by the RPO, GEVA theater, the Shaw Festival and many other local productions.  When traveling, art museums were always at the top of the itinerary.

And then there are the books.  Over the course of his life, the early library patron developed such a passion for reading and books, it almost defies description.  He believed his first book purchase was John Steinbeck’s “Of Mice and Men” in 1938.  His interest in 20th century American novelists continued throughout his life and expanded to include a vast collection of WWII and Civil War histories, as well as biographies of leaders in politics, letters, and the arts.  He heralded Abraham Lincoln as the greatest American leader, studying his biography extensively. Since books were his lifelong companions, we hope he's now settled into a comfortable chair in the great library “upstairs”.

Bert’s later years were spent in the good company of St. Ann’s Community at Cherry Ridge.  Here, too, he made many friends and settled into this new life with his usual aplomb.  Always gracious, often clever and funny, loyal to those he loved; memories of Bert’s long, full, and wonderful life will carry us through our sorrow.  We offer great thanks to the staff of St. Ann’s Community, especially Patty Finnegan, The Café and Concierge teams, Tess Conderman, Claudette and the Rainier team, and Nurse Jessica Kelly all of whom cared for Bert with dedication and love.

To honor Bert’s memory, we ask you to please share a book with a friend or family member.

To send flowers to the family or plant a tree in memory of Herbert Pivnick, please visit Tribute Store
Wednesday
24
August

Look inside to read what others have shared
Family and friends are coming together online to create a special keepsake. Every memory left on the online obituary will be automatically included in this book.
View Tribute Book
Share A Memory
Send Flowers
Plant a Tree